Usually, if you are about to leave a job, it’s hard to stay motivated. Other than tying up any loose ends, it’s probably not a good idea to start something you can’t finish.

As my final days with kajeet approached, I seem to be more productive than I think I was in awhile. I really was in support mode so I didn’t have a large number of tasks on my plate. I used this extra time to do some engineering-inspired projects (as opposed to business initiatives). In something that reminds me of Google’s 20% time, I was able to work on projects that meant something to me personally.

I prototyped a single-sign-on application. I built an application based off an idea our engineering team had months ago but never had the time to act on. It got demoed and was received well by the company. It took less than 16 man hours to build and business saw value in it. Hopefully, it will be officially launched.

After doing this, I am a fan of the 20% time. Being able to work on things you’re passioniate about and sharing it with others is, well, the whole idea, isn’t it?

I hope to see more companies, especially startups, adopt this practice. The engineers are happy and the return on investment is tremendous. Of course, this only works if you have an awesome engineering team, people that truly love to code. That shouldn’t be a problem though, you don’t really want the other kind of engineer.

Anyways, back to the point of this post. Leaving jobs is a stressful time. You worry if you are making the right decision. You worry if the relationships you’ve developed are going to continue. You worry if you will get to play ping pong at work..oh wait, we’re talking about startups right? 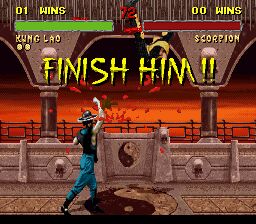 Regardless, I think it’s important to finish strong in everything you do. I took it as a challenge to see how much I could accomplish in my last two weeks, committing code up to the last day of employment. It’s a great feeling when you know you leave a place better than you entered.

One thought on “Finishing strong”